Enough time has gone by since “Mercy Street’s” season finale that a retrospective look at all six of its episodes is in order. Read on for my thoughts.

In my review of episode Two (“The Haversack”), I wrote: “I am now convinced that “Mercy Street” will make [Mary Elizabeth Winstead, who portrays nurse Mary Phinney]…a star.” I was certainly wrong. That this was true was no fault of the actress. “Mercy Street’s” Web site relates that nurses Phinney and Emma Green (Hannah James) are the show’s two main characters. However, the program in reality seems to be more one that featured an ensemble cast. Winstead simply did not have enough screen time for “Mercy Street” to serve as her star-making vehicle.

Hannah James, who plays Emma Green, turned out to be a big surprise. It was obvious early on that she was “Mercy Street’s” reigning beauty. As the season unfolded and her role in the overall story ark of the season increased, it became clear that she has strong acting talent to match her good looks.

When Frank Stringfellow’s name was teased in episode one (“The New Nurse”) I was left with great anticipation of what might come. Stringfellow’s real-life exploits as a Civil War scout and spy were fascinating and thrilling. The fictionalized version of the man could have been used to better effect. The degree to which the character balanced the “ER-like” aspects of the show that appealed to female viewers with more male—oriented content should have been greater. Although on the whole I enjoyed the Stringfellow character in some respects he was a missed opportunity for “Mercy Street.”

The performance of Donna Murphy was most understated. This is probably the reason why it was not until after the season ended that I realized how very good she was in the role of Mrs. Jane Green.

That the central plotline of the season finale involved an attempt to assassinate President Abraham Lincoln by blowing up the Mansion House hospital was most disappointing because it failed the historical plausibility test. In a February 17, 2016 blog post, “Mercy Street’s” Executive Producer, Lisa Q. Wolfinger attempted to justify writing the attempt into the show. She reported finding a January 10, 1862 newspaper story of a rumored attempt to blow up the hospital which was not connected to Lincoln and was said to have no basis in fact. Wolfinger wrote: “When we stumbled on this obscure story in the Alexandria Gazette we knew we needed to incorporate some version of it in our fictional world. [Why?] It is quite true what people say, “fact is stranger than fiction!” [So what?]  In truth the “diabolical attempt” turned out to be a series of coincidences and a large dose of rumor, [So why cheapen the show by including it?] but since the residents of Alexandria were clearly swept up in the rumor, we decided to run with it. [What the heck?] The gunpowder plot offered a perfect opportunity to create an edge-of-your-seat season 1 finale, while also weaving in two other historical stories we were interested in.”

I have always assumed that “Mercy Street’s” biggest draw for its fans is that it aims to be the most historically accurate Civil War-era drama in the history of television. The attempt to blow up the hospital was a u-turn on historical reality road. More such u-turns in season two could cause the show to end in a fiery crash.

Overall Impression of the Show

“Mercy’s Street’s” sets were impressive, its costumes deserve an Emmy and it was filmed beautifully. There was not a single bad acting performance turned in by the cast. Some cast members were exceptional in their roles. Its plots were interesting and exciting enough to be worthy of the large audience it earned. It deserved a good overall grade for historical authenticity.

What “Mercy Street” Should Do in Season Two 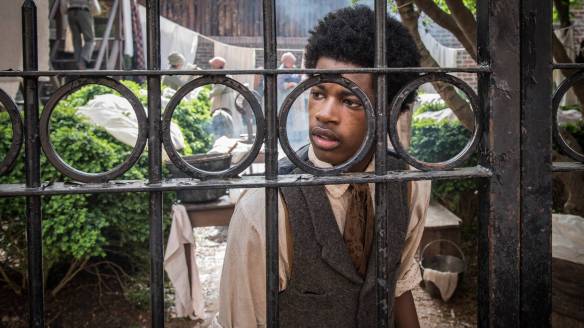 The historical record should be mined for rich material on Stringfellow that can be worked into the season.

The show still needs a bit more male-oriented content if it is to strike the correct balance necessary to be equally popular with both men and woman alike. If it fails to do so, it may not perform as strongly in the ratings in its second season.

The show should resists the urge to present content that fails the historical plausibility test for the time period.

It should bring back Myron Parker, Jr’s character, Miles. I want to know how his new life of freedom is turning out.

Just two days ago PBS announced that “Mercy Street” will be coming back next season. It was a record setting hit ratings wise and so its return was never really in question. We will have to wait many long months for new episodes. In the meantime, I plan to continue blogging about the show. Check back in with my blog in the next week for the first in a series of posts on the real Frank Stringfellow.

You can email me at T_J_Kong@yahoo.com. I always welcome suggestions for blog topics.

I also have a YouTube.com channel called: “Ride the Bomb!” See https://www.youtube.com/channel/UCpauuMnQBSI2FWgFiScj2mw

I believe in free speech and so I approve all blog comments. No exceptions. 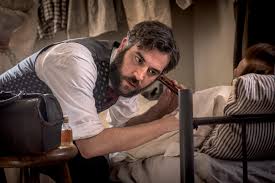